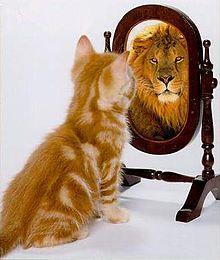 I am sure that many are familiar with the story about his visit with the president of Uganda. I edited the book because the initial account was pretty sickening.  It was similar to how he often recounts it from the pulpit but I removed some of it because it is always more damning to read it than it is to hear it.  He recounts how the President was an impressive figure and seemed to think that he was in control of the situation BUT in actual fact he (Michael) was the real one with all the power and if the president thought that he was in charge he was greatly mistaken.

Yes, I am well aware of the fact that we have all power and authority in Christ but this is the type of thing that turns the world away from the church.  Even our father was appalled at the arrogance of that testimony.  To add insult to injury, he recounts that the President told him that many missionaries had been killed by Kony and that he (Michael) had better be careful.  Michael’s reply was that he was not the missionary norm and they would not get him.  Excuse me!  Some of these missionaries have had a deep relationship with the Lord and have poured out their lives on the mission fields and yet Michael thinks that he is better and more blessed than any of them.  No one could EVER do the task as well as Shekinah could, or get the results that Shekinah could, or was as good as Shekinah was.

At intercession in Malawi the missionaries and staff were told that when the University was completed there would not be another like it on the face of the earth.  I asked before I left why it could not be Kalibu Bible College and was told that that name was not pretentious enough!

In his book “Recklessly Abandoned,” in Chapter 2, Michael recounts how on the first morning of his finals at university the Lord challenges him to, “Choose Me or university.”  Upon Michael’s reply that he chose the Lord the Lord told him, “I will give you your degree and you will never get another academic qualification.  I will teach you….”

However Michael went ahead and got his Bachelor of Arts degree and then in 2010 he applied online for a Master’s degree which Kalibu paid for – some $2,000 – and he wears the regalia at special school functions.  So who taught Michael? Did the Lord tell him to get get a degree, after telling him not to? Does God change His mind?  What about the Master’s Degree that Michael paid for?  He needed a Master’s in order to open the Kalibu School of Divinity (The Bible College), because he was requiring every teacher to have their own Master’s Degree and yet he didn’t have one.

Michael also tells the story about how God asked him to go to Southern Sudan and he replied saying, “But I’m busy Lord, for You by the way, building a school in Malawi.”  He then goes on to say that he went to South Sudan because the Lord told him He had no one else to go.  God always has someone else, even in the time of Esther. If she had not carried out the command of the Lord, then deliverance would have arisen from another place.  It may well be that that the call to South Sudan was the command of the Lord ,but why is it blabbed from the rooftop?  It’s to make Michael seem something greater than he is; to put forth this delusion that he is the only person on the face of the Earth that the Lord can trust.  Things like that are between God and whoever He spoke it to.

Another favorite report details Michael’s visit to London and Westminster Abbey where he climbed over the cord blocking people from getting too close to the coronation throne.  He promptly sat upon the throne under which rested the Stone of Scone which is reputed to be the stone that Jacob laid his head upon.  After this, he announced to his friend that he definitely was born to be a king.

The final story I found extremely embarrassing.  I received a call from a friend in Virginia asking if she should call me, “your royal highness.”  I had no clue as to what she was referring.  She told me that Michael had mentioned both from the pulpit and to a number of people in passing that we were the descendants of King Edward VIII (on the wrong side of the blanket of course).  She went on the tell me the story that our great grandmother was extremely attractive and she was a West End actress.  Our great grandfather lived just outside Cardiff in Wales and he remained there while she was in London.  They had four sons, two of whom were twins and great grandfather took care of them.  While in the theater, the lustful eye of Prince Edward fell upon her and they had an affair which resulted in her having another son.

None of this is true – it happened that my great grandfather was the one who had the affair!

I remember going to another home in Virginia for a meeting and was asked by my host how I enjoyed being a descendant of a king.  Since I  already knew the story, I told her that I was not interested in my lineage and that it was wonderful being a daughter of the King of Kings and Lord of Lords.  On visiting Florida I was again bombarded with the story.

Why is it that we cannot be content in the position in which God has placed us but we always long to be greater than our neighbor, that we have to be in charge, and to use Michael’s favorite expression, “I AM THE BOSS!”

God is the boss, He is in charge and I am so very grateful that that is the case because that means I can rest in Him  as He gives purpose to my life.

I pray that at some point Michael will realize that JESUS is enough; He is the All in All, and that we don’t need to elevate ourselves in order to find fulfillment.  In the words of John the Baptist, “He must increase, but I must decrease.”